The Adventures of the Celtic Expeditionary Force in Novo Australis Roma

Celtic King Hethel the Lightweight is concerned about Roman forces massing on the southern border of the colony and he instructs Colonel (Col.) Col McKay the Unroadworthy to assemble a unit of crackhead troops to reconnoitre in force the border towns of Tyalgum and Terra Nora and report back on the status of Roman forces there. The date for the mission is set for Sunday 29 September. 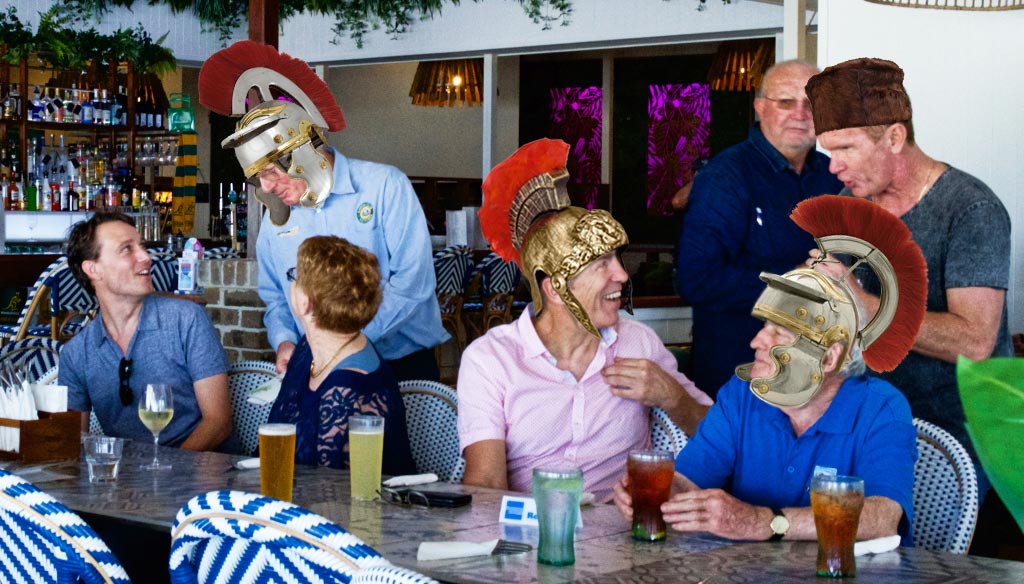 Apologies for any possible offence caused by the addition of accoutrements – Webmaster.

At 08h00 or a bit later 40 odd (very odd) troops have assembled with 21 motorised chariots in the southern Celtic settlement of Nerang. Noting the Roman penchant for flowers and dancing he has cleverly instructed the assembled troops to be disguised as a troupe of Lotus Dancers, also wisely avoiding disguising his troops as Morris Minor Dancers who are regularly stoned to death on account of being annoying. At 08h30 precisely Col. Col reads out the marching orders from his three sided instruction sheet and shortly after the signal is given and the chariots move off.

In the Celtic tradition songs are sung to raise morale:

(*Celtic traditional tune sung to the tune of Willie Nelson’s song On The Road Again, actually a verse from a song by Australian folk band Never the Twain)

Progress was pleasant as the chariots wended their way along the inland route of Nerang-Murwillumbah Rd, anticipation increasing as the Roman border was crossed and the road became Via Nerang Murwillumbah. At around 10h00 the first objective of the Fortress town of Tyalgum was achieved. Catching the sentries and townspeople completely unaware the Lotus Troupe penetrated the centre of town with Elan (a couple of them in fact). The Flutterbies Café was raided and the troops made off with various nourishments such as brownie slices, butterfly cake and almond croissants washed down with cups of extract of coffee arabica.

From there Col. Col directed his troops to proceed via the small Roman settlements of Uki and Burringbar, eventually reaching the coast of the Mar Pacificus. To avoid detection the chariots were manoeuvred in plain sight along the coast road where Roman families could be seen happily cavorting by the ocean and eating meals al fresco in front of their caravans. Many Romans waved at the gaily coloured chariots proceeding in front of them.
Cutting sharply inland to avoid the heavily fortified town of Tweedus Headius the mobile force headed to the hilltop garrison town of Terra Nora via Tumbulgum, which was reached around midday. Terra Nora has commanding views of the coast including the Celtic town of Arfordir Aur (Gold Coast in Welsh, isn’t Googulus Translate useful). Any Roman invasion would rely heavily on them holding this town.

Again, the gaily coloured chariots of the Expeditionary Force easily achieved the goal of surveilling the Roman military headquarters of The Pavilions Hotel. Suffering zero losses the unit enjoyed a lengthy lunch and drinks of Roman beers, wines and ciders before the troops dispersed and made their way across the border back into Queen Boadicea Land. The intelligence gathered showed that people south of the border are generally not very intelligent nor aware and ill-prepared to wage a lengthy battle with their cunning and fleet of foot northern adversaries.

Col. Col McKay should be rewarded mightily for his efforts at organising a fine expedition. 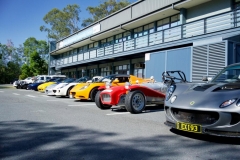 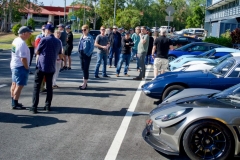 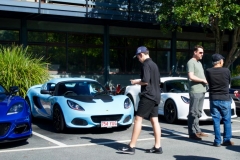 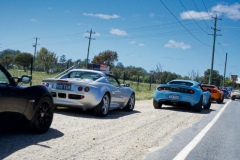 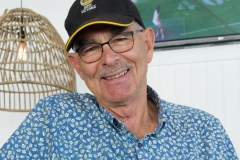 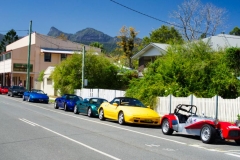 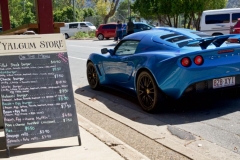 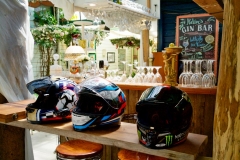 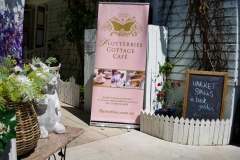 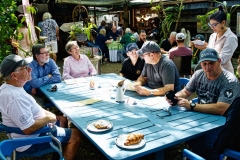 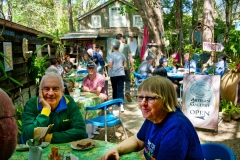 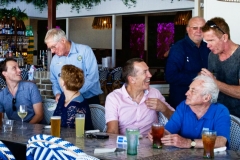 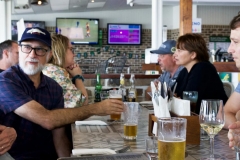 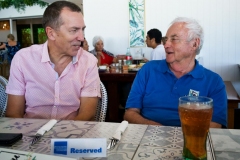 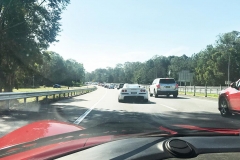