The Winner of the Day – Paul Stokell

Well, as a first timer to the event I was unaware of how much fun you can have in 50 seconds. I prepped the car, got up at the crack of dawn to make the journey from the Gold Coast to what seemed to be far north QLD to arrive on the north side of Brisbane bright and early to start my day of unknown excitement.

The field was looking good, we had a strong turnout of around 27 flying the Lotus/Caterham badge along with a good mix of others making up just under 40 competitors.

You know the competitions going to be fierce when they start stripping their road tyres off and fitting slicks. Then the big gun casually turns up, with more trophies than he can count, Paul Stokell swaggers on in to join the fun of the day. The regulars to the DTC are definitely worried now.

Timing tent was ready, track was ready and after a quick driver briefing by Daryl we were in our cars and lining up. All was ready.

So it was my turn, cars warmed up, I’m sitting at the start light and the light goes GREEN… Off I go up the hill like a squirrel chasing a runaway acorn, round the top curve and back down the hill, into Europa corner where I realise cold tyres on a cold track can be a wild combination. Now a couple of tight lefts before the Lungren Round, breath in as we dodge the water on entry and around we go, back up the rise to Wilson Spin, very appropriate name. Now onto the Elanesses where I got a chance to see the track through my passenger window on turn 7, woops and then onto the finish.

What an absolute rush.

A big thank you to everyone who participated and congratulations to Paul Stokell in his Exige winning with a blistering time of 44.85 followed by Graham in his 78 Cooper Special, then Evan, Gideon and Lindsay also in Lotus Exiges making our top 5 positions.

The last Lakeside Raceway Driver Training Centre Timed Lap event is run and done for the year and we have a new Lap Record for the LCQ traditional DTC course.

Paul Stokell decided to enter for a shakedown run with his 2014 Lotus Exige v6 prior to the Targa High Country in Victoria. After a couple of sighting laps Paul put in a scorching 44.856 seconds.

As far as I can remember that is the first time anyone has been under 45 seconds for the DTC Timed Lap, so the gauntlet is well and truly set now for anyone to wants to try to beat Paul’s time!

The competition was quite strong with Graham Sorenson in his 1979 Cooper Special less than 0.19 of a second behind Paul and Evan Molloy in his 2001 Lotus Exige HPE another 0.463 of a second further back.

The day was predominately a Lotus Only day with 40 starters of whom 34 were Lotus Club Queensland members and 6 other regular competitors from other local car clubs.

We had five (5) runs of the usual LCQ course in the morning, then changed things up in the afternoon and ran the longer Sunshine Coast Motorsport Club designed circuit for a further 4 runs, being a total of 9 runs for the day.

Paul Stokell headed home at lunch time so it left Evan Molloy and Graham Sorenson to fight it out for glory on the long track with Evan pipping Graham by 0.527 of a second.

New member Gideon Street in only his second drive at the DTC put in a very creditable performance to finish just behind Evan and Graham on each of course and should be well pleased with his effort on the day.

Another highlight of the day was Aston Greensill long time co-pilot of his dad Wade Greensill having his first drive in Wade’s 1994 Lotus Elan M2 at the DTC. Aston has been to club events with his dad almost since he could walk and it was great to see the smile on his face after each run.

Well done to everyone for another successful day and end to a successful year, see you in 2020 for another exciting year at the Lakeside Raceway Driver Training Centre Timed Laps events.

See lists of full results for Sunday 20 October and the Overall Personal Best results since September 2011. below. 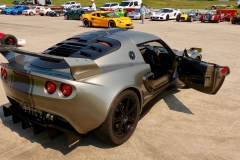 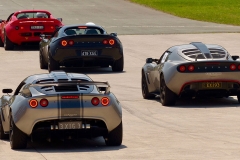 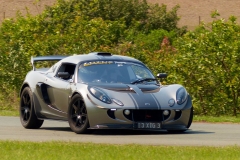 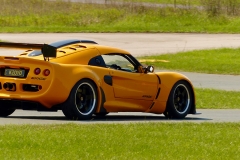 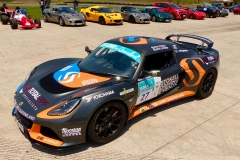 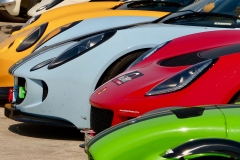 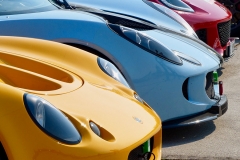 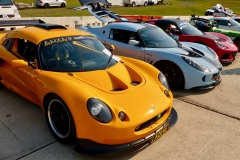 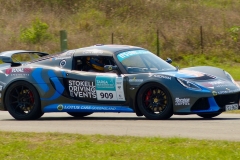 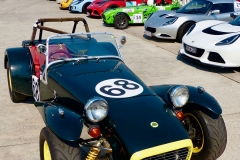 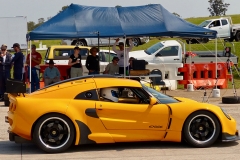 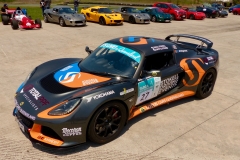 A Great Opportunity! That’s a wrap!