With the aplomb and timing of a diplomat, Clive and Carol developed a plan to covertly creep into “Blues” territory via every backroad possible, timing being critical as we Queenslanders slowly let the disappointment of the last two “State of Origin” debacles evaporate from our memories.

The plan was simple, form up on Brisbane’s southside, creep down to Mt Alford for coffees or beers and cakes, then a full-on road assault to Woodenbong for a BBQ lunch and a natter; and with full bellies scoot back out of enemy territory in time for a cup of tea.

An interesting phenomenon, backed by emerging science is that as we rely more and more on Mr/Mrs Google Maps, our navigational skills are being depleted as our brains become lazy, reducing our innate sense of direction etc.

Hippocampus: The hippocampus helps in learning and memory building. It is where short term memories are converted into permanent ones. Moreover, the hippocampus also helps in recalling the spatial relationships about us in the world. It is located in the basal medial section of the temporal lobe.

This may be in part the root cause of our very circuitous route to our final destination, either that, or we are just plain hopeless navigators, nevertheless, the route was scenic, winding in sections, straight and fast, whilst bumpy enough to keep everyone on their toes.

Greg Bray by his own admission, had a Saturday trial run to our staging point, to ensure he was at least able to join the gang on time.

26 Lotus people came to the Woodenbong Pub for lunch and most of us enjoyed the BBQ.

Young Wil Piddington enjoyed the BBQ lunch so much that he went (by all accounts) three rounds with the BBQ Master. Mal looked on enviously, as it well known that Mal is the Club’s BBQ master chef and he was clearly on the hunt for cooking tips.

Daryl Wilson mentioned at lunch that he was thinking of purchasing a Jaguar, there was a strange silence at the table as everyone digested the thinking process evident here, of course Daryl also mentioned that he likes P76’s and Mitsubishi Magnas, so it all made sense, except to Moira of course.

What would a Lotus social day be without a few mechanical gremlins. Unfortunately, Pip & Kent Endres, who were going to meet us at morning tea, had alternator trouble and only got as far as the Mt Alford Brewery before having to head for home and the blue Exige had to have the splitter jury rigged in place for the return trip with fencing wire and race tape, thanks John and Mike.

A great day out, again a big thanks to Clive to getting the route sorted and the venues booked and of course to Carol for coordinating the whole shebang. 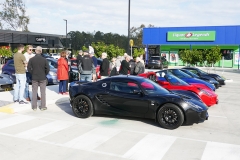 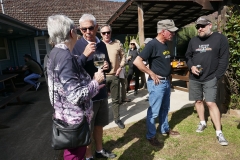 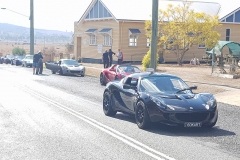 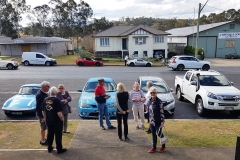 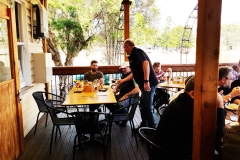 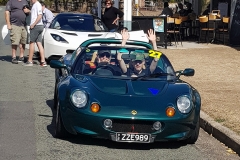 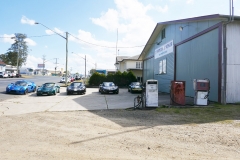 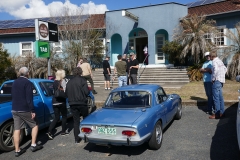 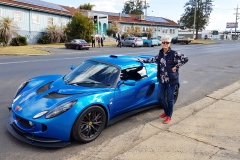 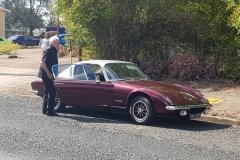 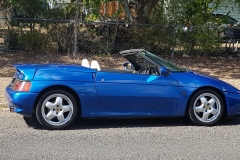 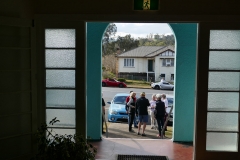 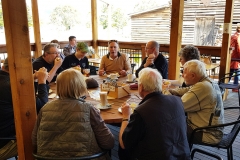 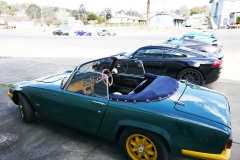 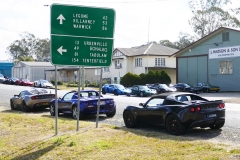 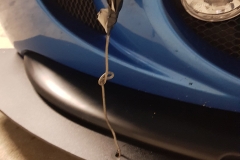 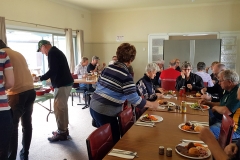 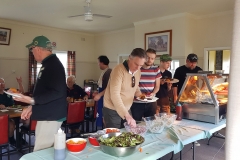